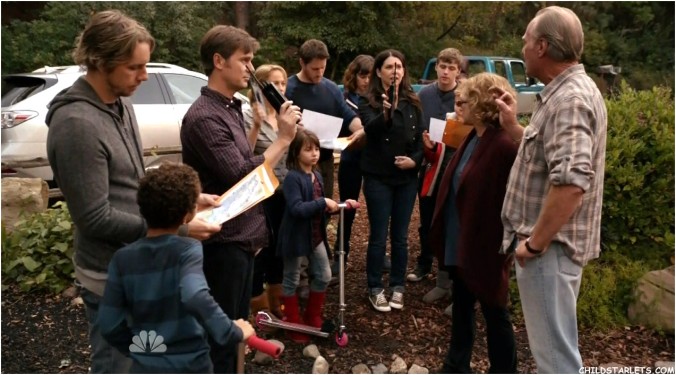 Paul: Please forgive me.  I’m new to the television blogging scene and I’m not certain I’m qualified!  I love TV as much as the next dude and I’ve been a subscriber to the posts on “The Golden Age…” for quite some time now.

Still I fear I don’t have the chops.  You see I’m so far behind with what is new and fresh these days; I don’t know Empire from Game of Thrones.  Apparently G.O.T. is popular right?  Now you understand my hesitation from jumping in and posting away?  All that being said, a very good friend of mine has decided to push herself and dive head first into a brand new adventure in her life.  Jane Walker is uprooting herself and crossing the country…so what’s my excuse?  I think I should be able to handle a little piece of new adventure myself.

Jane, you are going to missed in Winnipeg there is no question of that. In honour of your journey I thought we’d take a ‘road trip’ through Television with a few stops at some of my favorite shows along the way.

‘Coming of age’ is a concept that gets tossed around too much, right?  Why do we love seeing character grow and come into their own?  Why is that arc so crucial to the TV watching experience?  I think we need something to latch onto, something that relates to our own lives even if in the smallest of ways.  We have all been there, most of us many times throughout life, in that awkward phase of change, for better or worse.  One of my favourite shows to ever tackle the coming of age concept definitely has to be Freaks and Geeks.  I think we all went to a high school like McKinley High.  We all are part freak, part geek and just trying to work out the balance for ourselves.  Moving to a new city in your adult life is no different, it will challenge you and you may find yourself in new situations and circumstances that you have no way of preparing yourself for.  So be brave and go boldly into your next chapter and try some different things!  Be like Sam and try something new, there’s no telling how far a new outfit may take you!  It may not go how you expect but there is no experience that can’t be learned from.

Traveling to a new land?  You are probably going to need a map!  No joke one of my favourite programs to have on in the background is the PBS stable Antiques Roadshow. I find it comforting I guess and who doesn’t need that from time to time? It is one of those unexplainable pleasures that I’m not sure I want to understand.  Somethings are best left unquestioned.  Take a look at this clip and tell me you are not comforted!  When you are missing home or just feeling down, I hope you throw on your own comfort TV and let it work magic.

Winnipeg is a small city compared to Toronto and that is going to present new things to get used to I imagine.  With that amount of people I hope you are prepared for an intense level of traffic!  If not, take these words of traffic advice from none other than Kramer.  I know, quoting Seinfeld on a television blog is not exactly groundbreaking stuff but while I’m at wheel on a TV road trip there’s probably always going to be a stop in Jerry’s New York City.

If you want to watch something about transformation and redefining oneself then look no further then Transparent.  I wanted to include something about this show because I find it equally beautiful and challenging.  Not to mention is a newer show, so this proves I am not entirely out of touch!  All the characters are so unique and flawed and searching for that indefinable “something.” I love them and yet they can frustrate me to the point of pulling my hair out…not unlike my own family and friends.  Despite the difficulties the Pferfferman’s face they force themselves along their journey.  Taking that next step is always the most important thing and that point is never lost on Transparent.  Jane, whether or not you can relate to a man transitioning and finding a new identity may be up for debate.  I do hope in this new walk of life you are able to have your very own “I’m Maura” moment!

Let me wrap up this brief tour with a stop at Sunnyvale Trailer Park.  Things are not always what they seem.  At first glance Trailer Park Boys is just a really dumb, pothead sort of comedy.  I remember when I first heard the title of the show many years back and scoffed.  In the immortal words of Ricky “Don’t judge a book’s cover by its look.”  Once I finally gave the show a chance I quickly realized there was so much more hiding under the surface.  Over the years the wacky cast of characters have become like long time beloved friends that I get a leap of joy just from seeing.  They hold a very special place in my heart and I think the reason for that is because underneath TPB at the core is all about family.  Not always in the blood relative sense but the ‘family’ of people we choose to love and those who choose to love us back.  The boys stick together through thick and thin and there is nothing the world can throw at them that will ever break that bond.  Remember this Jane: surround yourself with your own ‘park’ full of love.  Whether it is family or friends, old or new, always keep yourself in the company of those who understand you.  Those willing to help you through whatever the world decides to throw at you.  We all need that from time to time; we need someone who can set things right with a few words of advice or a listening ear.  This little moment shows what I love so very much about Trailer Park Boys: on the surface Ray’s method of connecting to his son Ricky to make a point is just ridiculous; but it is so full of heart and completely beautiful in its own way.

That concludes my little road trip for now…phew, I think I made it safe and sound! I wish you all the luck in the world in Toronto Jane! You better stay in touch :)

Jane: Thank you so much Paul for that beautiful, insightful and intuitive post. I have just one example to share.

My favourite episode of my favourite TV show, Parenthood is Season 3 Episode 12, Road trip. In a seemingly simple premise, The Braverman clan pack-up and travel by convoy to visit Zeek’s mother for her 86th Birthday. The Braverman’s attempt to leave a season’s worth of drama behind to support Zeek on his quest for love from his withholding mother.  Road Trip could almost be described as a standalone episode in that none of the plot points from season 3 are directly addressed. However, tension from the season leaks in in unexpected ways as the Braverman‘s are uprooted from day to day life and conflicts. Adam and Hattie are confined in a car where Adam tries to force a father daughter bonding moment. Hattie is more interested in her phone.  Adam and Christina have spent the past three years unintentionally forgetting Hattie to care for her autistic brother.  Keeping to herself is the norm for Hattie and the arc of her relationship with parents is encapsulated in this moment like they are trapped in the front seat of Adam’s car. Nothing is ever said about it, it’s just hanging in the air.

That’s not the reason I love this episode so much. I love the little details you learn about the Braverman family by having various clusters of Braverman’s forced to hang out together.  I love spending time with these characters and it’s fun to see them in different combinations. Watching Crosby sing about chicken bones and ice cream while Julia tries to catch up on work is as delightful as Sarah and her kids coming up with walkie talkie handles as they foil Zeek’s plans to keep the ‘airwaves clear except for emergencies.’ We learn that Christina is not close with her family. It’s a lovely detail that beautifully fills in Christina’s relationship with Zeke and Camille.  We learn that Sarah is the black sheep in the eyes of her Grandma.  Although Sarah seems to brush it off, it says piles about Sarah’s tendency to balk at authority before authority can balk at her. I love how this episode skillfully informs us that Zeek desperately seeks his mother’s love. These details are filled in subtly by the siblings in various ways as they journey to visit Grandma Braverman. This detail greatly informs Zeke as a character. It is instantly clear why he is so proud and protective of us clan. He and Camille built this family together and they will never let their children forget that they are special. When Zeek’s mother calls the Braverman patriarch “baby,” and confesses her love to him, it is a single episode payoff worthy 3 seasons full of tension.