In this roundtable, Jane and Kerri attempt to discuss a show that maybe they didn’t like so much but they did watch this year, the BBC series Last Tango in Halifax.

Kerri: How the heck would you describe this show to someone?

Jane: Oh boy. Last Tango in Halifax is the melodrama of Celia and Alan. The couple reunite via facebook in their 70’s; fall back in love and join their daughters, daughters’ partners and grandchildren into one big dysfunctional family. Many, many little children come and go along the way. I’ve never experienced a show with so many little children stuffed into scenes.

END_OF_DOCUMENT_TOKEN_TO_BE_REPLACED

In this week’s roundtable Jane and Kerri attempt to discuss Big Little Lies, the HBO mini-series about a group of women whose children are all in the same first-grade class. At the beginning of the series, Shailene Woodley’s character, Jane, moves into the Monterey Bay area and is quickly befriended by Madeline (Reese Witherspoon) and Celeste (Nicole Kidman). Things take a turn when Jane’s son, Ziggy, is accused of attacking the daughter of Renata (Laura Dern). The truth is hard to come by. Big Little Lies involves multiple MYSTERIES (some big, some little) and there are MODERATE spoilers ahead. Read on at your own risk.  END_OF_DOCUMENT_TOKEN_TO_BE_REPLACED

How stressed out would you be if you had to cook for four complete strangers? END_OF_DOCUMENT_TOKEN_TO_BE_REPLACED

In art as in baking I have always subscribed to the concept of “appreciate the effort”, in that if something was attempted that was difficult or odd it should be commended even if it didn’t turn out fully as planned. There are cases, yes, when things are tried and they are artistic and culinary abortions but, even then, I do respect a spectacular fail. Because what is the alternative? A flavourless world that evokes a healthy dose of boredom. END_OF_DOCUMENT_TOKEN_TO_BE_REPLACED

Halt and Catch Fire’s main theme has always been communication. Technology – affordable desktop computers, chat rooms, games, the embryo of an idea like the internet, a place to buy all of the things you’ve been looking for, for years (from Winnipeg, no less!) – was all about connecting one person to another, or one person to the world. Unlike earlier seasons though, season three has been less about making things that facilitate communication, than it is about communication itself. Two people talking, through whatever form that might take – online, on a phone, over the airwaves, in person. After moving on and moving away, to varying degrees (because he’s never very far behind or away), from Joe MacMillan, the unhinged businessman and anti-hero/pure villain, Halt and Catch Fire turned to its much more interesting at-one-time secondary characters: Cameron, the unstable coder genius, and Donna, the put-together, business and tech-savvy mother of two and wife of Gordon, a technical genius in his own right. It was and continues to be the relationship between Cameron and Donna that provides the show with its heart. And it is their fraught relationship this season that, though at times too constructed, has become what the show hinges upon.

END_OF_DOCUMENT_TOKEN_TO_BE_REPLACED

Before beginning Stranger Things I was keenly aware that show creators the Duffer brothers had meant the series to be a tribute to 80’s TV and film classics like Twin Peaks, E.T., The Goonies and Stand By Me (to name a few). It’s the reason I was so excited to watch in first place. Stranger Things is so much more than a tribute though. It’s a time machine.

END_OF_DOCUMENT_TOKEN_TO_BE_REPLACED

So, I have been tough on good old TV in my last few posts, giving the fine folks who work in television the jazz. This go around will be a solid gush-fest for the show I ballyhooed many months ago: Ballers! (people in the background repeating in a sing-song manner: Ballers!) I talked about Ballers back in the day without even having seen it but just happy to live in a world in which it existed. Well, since then, I have been wafting in its Drakkar Noir-like essence. END_OF_DOCUMENT_TOKEN_TO_BE_REPLACED

Here are my shout outs from TV this week:

How to Get Away with Murder is a lot of fun to watch. It’s this crazily addictive, sudsy melodrama staring Viola Davis and some other people. END_OF_DOCUMENT_TOKEN_TO_BE_REPLACED 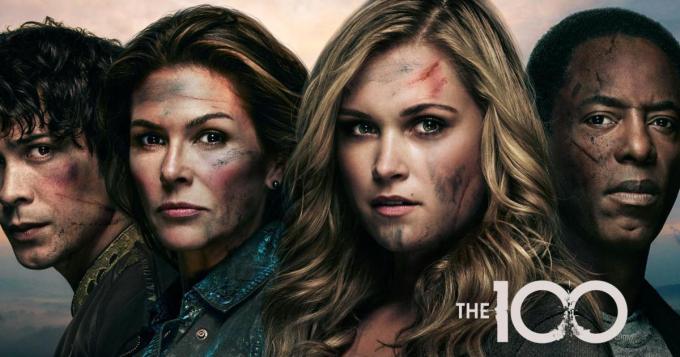 In this week’s roundtable, Kerri, Will and Mike attempt to discuss the CW sci-fi teen drama The 100. There are SIGNIFICANT DEATH spoilers galore for The 100 and also a few for Buffy the Vampire Slayer and Black Sails. So, read on at your own risk. END_OF_DOCUMENT_TOKEN_TO_BE_REPLACED