I have devised a scientific method of predicting whether two actors on a sitcom will end up together. In the words of one of the all-time great TV lovers:

“If you have chemistry, you only need one other thing: timing. But timing’s a bitch.”
– Robin Scherbatsky, How I Met Your Mother

END_OF_DOCUMENT_TOKEN_TO_BE_REPLACED

I started a new job last week. To celebrate other women in the workplace, here are five amusing/impressive/strange TV scenes/episodes/moments that involve women and working, listed in order of when I last watched them, because damn it, I’m busy! There’s no time to be creative – I just started a new job! 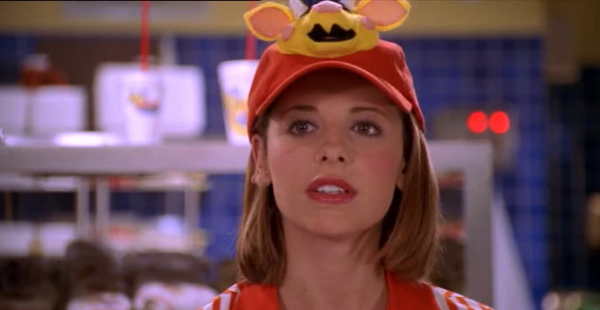 END_OF_DOCUMENT_TOKEN_TO_BE_REPLACED

This week Kerri and Katie attempt to discuss Season Two of BBC America’s Orphan Black. As of this writing, two episodes have aired: “Nature Under Constraint and Vexed” and “Governed by Sound Reason and True Religion.” 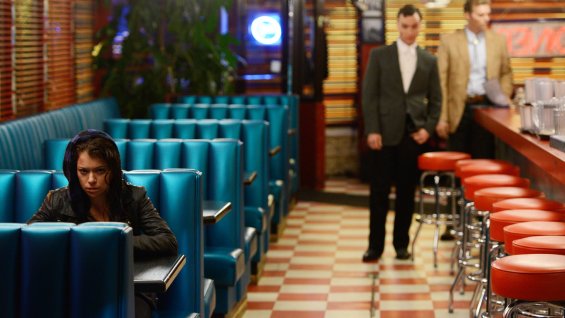 END_OF_DOCUMENT_TOKEN_TO_BE_REPLACED

Parks and Recreation
Season 6, Episodes 21 and 22
“Moving Up” 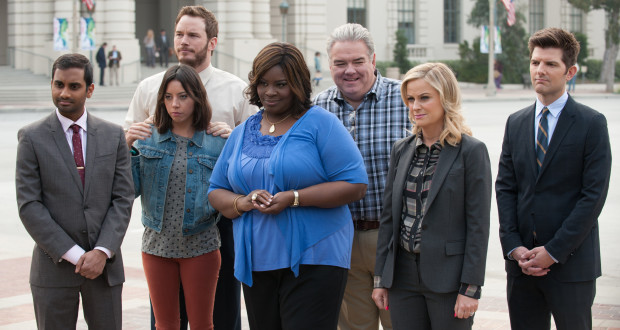 In the season finale of Parks and Recreation, everyone is “moving up”, just like the title suggests. Leslie leaves the Pawnee Parks Department and takes a job with the National Parks Department, Tom opens up Tom’s Bistro, and Ben is suddenly cool in the least cool way possible. (The super dorky, super complex board game that Ben invented, “Cones of Dunshire”, has become an unexpected hit.) END_OF_DOCUMENT_TOKEN_TO_BE_REPLACED 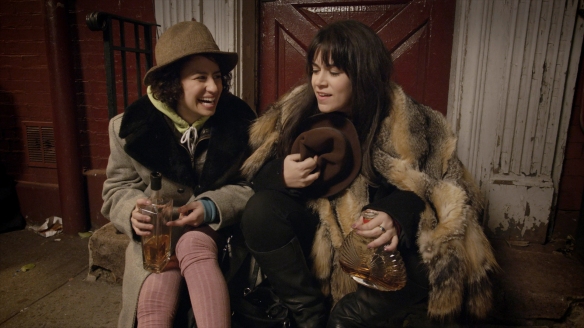 It’s been a funny few weeks of TV-watching. The Olympics have been on, forcing most of my favourite shows into hiatus, yet I’ve been laughing out loud more than usual. This was the week that I finally checked out Key and Peele (a sketch show that critics and friends alike have been saying I really should watch.) Would recommend. Not usually a fan of late-night television, I decided to watch Jimmy Fallon’s first episode on the Tonight Show for the novelty of sharing an experience with those who probably do care who the host of the Tonight Show is. I was pleasantly surprised. Would watch again. I also re-watched Extras on DVD, and like clockwork, laughed at David Bowie’s impromptu song about Andy Millman. The phrase “See his pug-nosed face” never fails to amuse.

While enjoying this sampling platter of comedy TV, I found two shows that I’m really excited about. Both are half-hour comedies and both are on Comedy Central. Very few TV shows consistently make me laugh out loud, and even fewer make me LOL while recalling past episodes. Even though using the phrase “LOL’ing” makes me sound like a dumb-dumb, I stand by it, because LOL’ing is exactly what makes me fall in love with a comedy. I can appreciate a show that makes me smile inwardly, but loyalty is forged through the act of laughing out loud. END_OF_DOCUMENT_TOKEN_TO_BE_REPLACED

For this week’s blog, I searched out improvised content on TV.  “Improv on TV” is a contradictory statement. Television is an edited medium and improv is spontaneous. As a result, the two don’t seem like a good pairing. Putting good improvised comedy on TV can be problematic, but when it works, it’s something really special. (If you need proof of the magic, skip down to the review portion of this entry where there is a clip of a talking monkey.) END_OF_DOCUMENT_TOKEN_TO_BE_REPLACED 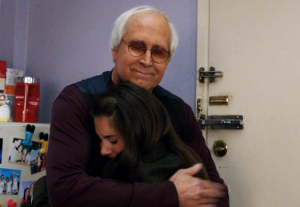 Community is often criticized for choosing laughs over its characters who lack soul and emotional stakes because they are said to be caricatures existing only to smirk at the audience through the camera lens. This week’s offering, “Cooperative Polygraphy”, squashes this criticism by delivering a character-centred episode of hilarity, depth and heart.

It’s an episode that couldn’t exist without the foundation built from the first three seasons (I refuse to consider season 4 in this discussion). For me the most interesting episodes of Community involve the exploration of the bonds formed by the seven member study group. The friendships formed between Jeff, Annie, Abed, Troy, Shirley, Britta and Pierce are as real as anything on television (camera winking aside) and have often moved me to tears both happy and sad. “Cooperative Polygraphy” is a look into what happens to these bonds when one (or more) of the group members are taken away.  The group met at that cusp in their lives where your friends become family and the loss of a family member raises the emotional stakes to a higher place than Community has gone before. Pierce was the outsider of the study group, always looking in. He desperately wanted to be closer to the group but his meanness kept him on the periphery. Like most bullies his meanness masked vulnerability.  His insults provided many moments of humour but also revealed moments of pain. In Spanish 101 when Jeff bails on their Spanish assignment the way in which Pierce shrinks into himself when Jeff leaves the room reveals an achingly lonely man in need of a friend. He plays a “type” to be sure, but what Community does so well is reveal the layers and complexities within that “type”. Everyone in the study group plays a “type”. It’s creates a dynamic that is immediately relatable but deceivingly complicated. Because Pierce was on the outside he was able to observe the group, taking stock of their deepest darkest secrets. It was a running gag that Pierce would use this information turn the group against each other. However, “Cooperative Polygraphy” reveals that Pierce was saving up some of these secrets and their revelation in tonight’s episode provides some of the shows funniest and most touching moments. END_OF_DOCUMENT_TOKEN_TO_BE_REPLACED

‘Tis the season for watching re-runs, cooking shows, and Storage Wars marathons. This Canadian prairie winter has been especially bitter and depressing, so I’ve been revisiting shows that are guaranteed to make me laugh. Kenny vs. Spenny was a show that watched a lot in my late teens, so when I saw that the first three season are on Netflix, I found a warm blanket and queued up a couple of episodes. END_OF_DOCUMENT_TOKEN_TO_BE_REPLACED

When I was 10, Street Cents, a teen consumer show on CBC, came to my hometown and filmed me for a segment on their show. I had a beef with Lego about how many girl characters they had ie. not very many.

END_OF_DOCUMENT_TOKEN_TO_BE_REPLACED 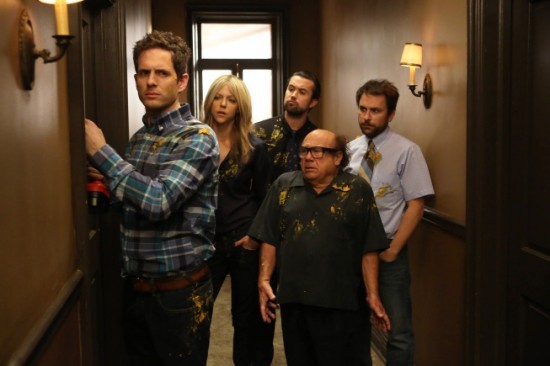 The Gang Squashes Their Beefs

Well, that season didn’t last long. I guess It’s Always Sunny in Philadelphia never lasts more than 15 episodes, but this year’s 10 seemed awfully short. After watching the season finale, “The Gang Squashes Their Beefs”, I was left with anticipation for the next episode instead of a feeling of completion. There were a lot more beefs (and potential story lines) that were started than wrapped up.   END_OF_DOCUMENT_TOKEN_TO_BE_REPLACED