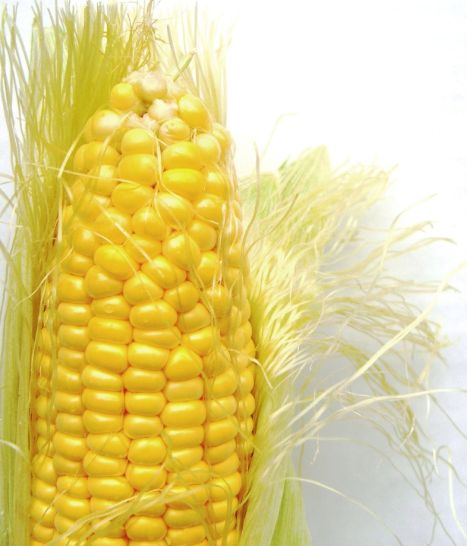 Welcome back to our weekly Roundtable, friends! We have been a bit slackerly over the  past few months with these Roundtables (it is summertime with vacations, the lake and other wonderful distractions that aren’t TV related, after all) but here we are, back at it.

Kerri: Katie thought it would be a good time to discuss summer TV past and present. So, I suppose we should start by discussing what some of our favorite summer shows have been over the years and what makes for a good summer show.

Katie: My favourite summer shows as a child were game shows and trashy talk shows, specifically Let’s Make a Deal and Jenny Jones. They were on during the day so you didn’t get to see them during the school year and they were all slightly risqué. And lots of shouting.

Jane: That’s a great example! I forgot about summer shows as a kid. It was always a treat to watch the shows that you were missing while you were at school. I loved Bumper Stumpers, Live with Regis and Kathy Lee and The Young and the Restless.

Kerri: I was fond of soap operas as a child, which I’ve talked about before: Days of Our Lives and Passions. Also, the short-lived (yet groundbreaking) Sunset Beach. I find any show that has a beach setting is a good one for a summer show. Soaps and game shows and talk shows were certainly a huge part of my day-to-day television viewing during the summer as a child. And slightly risqué is always a good thing, Katie.

What was Bumper Stumpers, Jane? I’ve heard you talk about this before but I think it deserves some explanation.

Jane: It was a game show where you had to guess vanity license plates. I remember my Mom really liked it and we would have competitions to see who would get the most vanity plates right. I have a feeling that one might not hold up today!

Kerri: That is totally not what I thought it was and is a hilarious concept for a show.

Katie: The episode of Jenny Jones that sticks out most clearly in my mind was the one about women with their huuuuuuuge breasts and all of the resulting physical ailments.

Kerri: That sounds suspiciously like every episode of Jenny Jones.

Jane: I totally remember that one too!! I remember it because Jenny Jones admitted that she was embarrassed to hug people due to a botched boob job. I guess that always stuck with me as a kid.

Kerri: You both have way better memories than I do. Despite watching my fair share of Jenny Jones I do not remember that episode.

Jane: Ha ha. Maybe I’m remembering one of many. I still remember seeing pictures of her in magazines and wondering if it really felt like rocks were pushing into you when you gave her a hug.

Katie: In addition to slightly more adult material, the summer was the only time I’d watch cartoons or Mr. Dressup. Those TV watching days were never age appropriate.

Jane: I find now I do more binge watching in the summer so I need a show that is entertaining enough to sustain hours of watching. It has to be a good combination of funny, dramatic, weird and a little bit of soap opera to keep me needing to know what happens next.

Kerri: I have spent a lot of time in my teenage years and adult years catching up on shows or binge watching shows as you call it, Jane. I can remember a summer where I watched season 1-5 of Buffy the Vampire Slayer, having never seen any of it before.

There was a time when new shows didn’t really premiere in the summer so it was always a good time to play catch up on shows that you missed.

Jane: I did that with Queer as Folk. I wonder if it has anything to do with missing your school friends and filling in the blanks with TV characters.

Kerri: I really never thought of that but yes I’m certain that some part of it is about filling a void. I have been guilty of watching a show too much in the summer, so much show that  I’d feel a little queasy living my own, real life.

Jane: There is an episode of Community where Abed is really depressed that he has run out of episodes of his favorite TV show and I can totally relate. I feel like I need to fill that void right away but it takes a long time to find the right show.

Katie: I do find that I am much more forgiving of summer TV. There were many summers where I followed Big Brother (and actually watched all three episodes a week with commercials!)

Kerri: I absolutely agree, Katie. I am much more forgiving with shows that air in the summer for some reason, too. Maybe we are just programmed to feel that way after years and years of terrible crap being on in the summer months. And thanks, too, for bringing up Big Brother. I watched at least a season of that show, I’m sure, but I’m really not entirely sure why.

I’d say the ultimate summer reality show is and always will be Survivor.

Katie: No question. I wish Survivor aired in the summer actually.

Kerri: Still aired in the summer you mean? Yes, me too.

Katie: It aired in the summer? Damn. I have a bad memory clearly.

Jane: Yes it did! I was living with my Dad for that summer and we watched it together. It was amazing, like nothing we’d ever seen before. My Dad still watches it religiously.

Katie: Game of Thrones!!!! It’s been unseasonably cool here so I’ve been watching it a lot. (The weather comment was for those non-Manitoban readers out there.)

Jane: My summer reality shows are America’s Next Top Model and Project Runway. I always forget they exist until the summer when I watch them all in a row. I’m also watching Damages and Orange is the New Black. Although, I find it harder to watch hours of Orange is the New Black on end. I’m not sure why that is exactly. I could watch Damages for hours and hours and hours. It’s this great soap opera-y, sexy legal drama that never takes place in the courtroom. It’s perfect!

Kerri: I’ve been doing the binge watching thing a lot this summer, too. Catching up on shows that I’ve missed or stuff that has just come out. Orange is the New Black, for one. Also, Orphan Black which turned out to be the perfect summer show for me – a little campy, a lot sci-fi, many very attractive people and it’s not too insanely brain taxing despite having a rather complicated and convoluted story. And also Magic City which (sob!) just got cancelled. Once again there is more soapiness on that show. Maybe soapiness drives my summer viewing, too.

Katie: Now that I don’t have cable I don’t find that my summer TV watching habits aren’t that different from the rest of the year. I’d have to seek out shite shows rather than just stumble upon them.

Kerri: I think that’s true of many people. Plus, I feel more networks are actually starting to air shows during the summer. The regular TV season really doesn’t exist anymore and I think that is fantastic.

Jane: Netflix has certainly encouraged my binge watching. The next episode just starts up right away and who am I to say no?

Kerri: I love that little Netflix countdown. “The next episode will start in 30 seconds” – they are basically forcing you to watch!

Katie: Shout out to our guest author, Rob Ross, who recommended The Inbetweeners, which I’ve been enjoying heartily.

Jane: Days of Our Lives (little me), Treme (older me).

Kerri: I’d like to give a shout out to Ike, Vera, Stevie and Danny Evans, Ben Diamond (every disturbing, naked inch of him), Lily Diamond, Judi Silver and all of the other wonderful folks at the Miramar Playa hotel in Miami. You will be missed, Magic City.

Katie: Now to eat some corn on the cob! Happy summer, all!