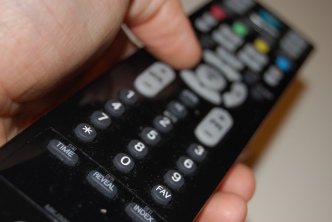 What the heck is happening on Homeland?

I am a fickle and high maintenance beast when it comes to television shows, it seems. When something is exciting and new I am all over it but when it gets a little stale I almost immediately stop caring. I demand my entertainment to be ever entertaining and constantly shifting. I never want a show to become predictable comfort food. But, at the same time, I rarely want a show I have come to love to become something altogether different from what it was when that love-affair began. I want the shiny new boyfriend and the husband that cooks and cleans all at the same time. And so, I am in a really, really weird spot with Homeland. I’m not receiving anything exciting and new from the show and it also isn’t, fundamentally, the show that I used to love anymore.

Season 1 of Homeland was a fascinating two-part character study and a thrilling yet subtle exploration of terrorism and what it takes to become a terrorist on American soil. Season 2 was a balls to the wall, somewhat insane and insanely entertaining “lets throw shit at the wall and see what sticks” 12 episodes of TV.

The show has always been, to some degree, implausible but season 3 takes implausibility to new heights with one of the strangest twists the show has ever thrown at its audience. It really is, at this point, a case of if you buy in or if you don’t and this is the first point in the show’s history where I haven’t bought in. An additional problem is that I don’t care about the story arcs that the show’s creators seem obsessed with. So, for the first four episodes of the season, we are wading through a murky pool of Carrie in a mental hospital and Brody’s boring adventure in imprisonment. I get it. They are both trapped to varying degrees of plodding tedium. And then at the end of episode four the big TWIST is revealed. The big twist that doesn’t make a lick of sense. The big twist that would have been fine if it had been revealed early on in episode one and not stretched out into a mini-arc. In episode five, when the show finally (FINALLY) rights itself a bit by getting Carrie out of the mental hospital and having her back at work on a case, it feels a bit like the show is forgetting about what has come just before. Honestly, I think I’m OK with pretending the first four episodes were a dream. I’m also completely OK with the show forgetting about Saul’s momentary turn into a racist bastard, because, really, WHY?

The one thing that was working for me right up until episode 4 (and Leo’s “big” reveal), and this is (and probably always will be) an unpopular view, is the Dana Brody storyline this season. I think the show is very smartly using Dana as a kind of Brody circa season 1 surrogate. In Season 3, Dana is the one that is the outsider in the family, coming back to find what has changed in a world that she was absent from for a period of time. Dana’s story is the only one that seems to be progressing in a clear, character appropriate way at the moment and she seems at times to be the only one who is reacting realistically to the traumatic experience of her father’s past. Her scenes with her mother have been the seasons best.

And what about Masters of Sex?

Speaking of shiny and new, Masters of Sex continues to be enjoyable even if it doesn’t seem to yet understand its own tone. The issue I continue to have is that it constantly shoe-horns drama into the show when there should be, by its premise alone, drama galore. By avoiding the relationship drama between Masters and Johnson, something the show has very much established in the first episodes, it puts itself in a strange position of having to find dramatic tension beyond these two. It’s unfortunate because you just know once this becomes a central plot point, the sparks will fly. It is a matter of timing to be sure but at this point it feels very much like a waiting game to an inevitable outcome. That being said, I am still very much invested in the characters, especially Lizzy Caplan’s Johnson who has become much more interestingly flawed as the show progresses.

Do yourself a favour and watch this one, starring a shirtless Alexander Skarsgard as a cult leader:

Even if you aren’t a fan of the music, you could do a lot worse than spending some time perusing Cut Copy’s output of fantastic and hilarious music videos. They are exactly the kind I would have loved watching as a kid.

I bet you love the quick-fire challenges on Top Chef, right? Sure, who doesn’t. But I bet you’d like them even more with hipsters cheering the contestants on and the douche-bag knob turned up to 11. That’s the basic premise of Knife Fight, Esquire‘s (yep, that Esquire) new cooking competition show that pits two esteemed chefs in a head to head, 1-hour cooking battle. The show stars a menage of former Top Chef contestants (the show’s host is season two’s winner, Ilan Hall) doing what they do best. The skeleton of the show is fine, having two chef’s compete in a cook-off for a panel of judges, but the show oozes smarm and this weird kind of elitism that turns me off. It’s too bad because I like many of the contestants on the show, especially Nyesha Arrington who really should have her own show by now. Can someone please do something about that?

A better bet if you are hanging around the Esquire website, looking for food porn, is The Getaway. Basically, the show is Anthony Bourdain’s The Layover but with a celebrity, usually a really funny one. Each episode surrounds a short holiday where Aziz Ansari or Joel McHale or Aisha Tyler eat a lot of food and maybe go shopping or something. One of the neat things about the show is seeing big name actors eat because (and you can REALLY tell in the Joel McHale episode) they usually do not. Like, seemingly at all, and so their poor, food-starved bodies don’t know how to handle the high fat foods and alcohol they stuff into their faces during their trip. Alternately, you can see the one clear-cut benefit of being a celebrity: eating at super insane restaurants that cost a fortune whenever you feel like. The Getaway is purely “living vicariously” TV but it almost never has a snooty Lifestyles of the Rich and Famous vibe. The trick is that the people they get to host the episodes are funny and usually fairly down to earth. They don’t always know the most about food, unlike a host like Bourdain, but they have the same “I’ll try anything” sensibility and spirit.

One thought on “Channel Surfing 2 – My Week in TV”