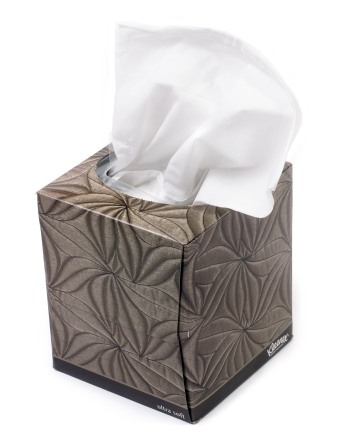 Our good pal Jane isn’t feeling so hot this week and this endless winter has resulted in more than a few sick days for most folks. That got us thinking: what do you like to watch on TV when you are stuck at home or laid up in bed? Katie and Kerri chat about Television Sick Days in this week’s Roundtable.

Kerri: What are your go-to sick day TV shows, Katie? What are the things you look for when you are watching TV at home sick?

Katie: When I’m sick, I want comfort food and comfort TV shows. Criteria Number 1 for a sick day show: I can fall asleep while watching it and not get too bummed out. This rules out most comedies with laugh tracks (the laughter jolts me awake) or shows that have super loud end credits (again, jolted awake.) I also like a show that is either really easy to follow or one I have seen before, so I can fill in the gaps.

My number 1 go-to-sick-day-show is Gilmore Girls. It fits with all the criteria above: no laugh track, no plot, I’ve seen it before, and the incessant talking lulls me to sleep.

What about you, Kerri?

Kerri: On a sick day I will rarely watch a show I’d watch in my “normal”, healthy life. But, like you, these shows are always comforting in some way. That usually means they are shows I would have also watched as a kid. This usually equates to one thing: game shows.

Last month I had a pleasant amount of time off work and I encountered a little show called Family Feud hosted by the incomparable Steve Harvey. Family Feud reminds me of my childhood because my friend Lindsay had a desktop computer game version that we would play constantly. Until the sad day when the game stopped working. But, the Steve Harvey version is also incredible because Steve Harvey is an absurd comic genius. I love how he berates people for giving stupid answers – as if he is part of each family himself. He’s a talent.

I also want a show that I have no real connection to outside of that specific episode. I’m not going to watch something with a lengthy story-arc or something with complicated plotting, that’s why game shows work for me.

Katie: Watching a show while sick shouldn’t take concentration or effort of any kind.

But to totally contradict that, my favourite “TV show I watched while sick” was my all-time favourite show, The Wire. The last time I had a severe cold and was laid up for a while, I re-watched almost the entire series. Since it was my second time through, I was familiar with the characters and stories. It was like returning to the old gang for some capers and some laughs. Yes, the show is almost exclusively dark, but I knew when the sad stuff was coming, so it didn’t hit so hard the second time. Also, the show is just so long and every episode is so engaging, that it makes the time fly by. When you’re sick it always seems like there is too much time to kill.

Kerri: I like that a lot, Katie. I think there is something to the comfort food aspect of it all. The show is something you remember intimately. Going back to a TV show that you have a connection with is kind of like hanging out with old friends that don’t demand anything from you. I think that is important, that there be no demands of any kind, so even though The Wire is certainly a show that demanded a lot of you on the first go around, it was comforting because you knew it so well on the second viewing.

The show that acts that way for me in my life is Freaks and Geeks. I’ve re-watched Freaks and Geeks a number of times over the years, usually when I’m particularly stressed out or sick. It works as a kind of security blanket for me. I can’t say I’ve done that with many other shows. The great thing about Freaks and Geeks is that it is this one perfect season so I can get through it in a few days at most.

The Wire seems like a monumental task in comparison.

Katie: At the end of the week I’m getting my wisdom teeth out, so I’ve been collecting a list of sick day shows. Freaks and Geeks will most certainly be on it. I’m also trying to find shows that won’t require me to laugh too much. Any recommendations?

Kerri: One show I’d recommend, that I know you haven’t seen before, is Buffy the Vampire Slayer. I think that it has a good blend of characters that you will connect quickly with, some humour (but not so much that you will be chuckling out your stitches) and a sort of familiar vibe. Even though you haven’t seen it you probably know enough about the show to feel somewhat connected to it. Plus it is essentially a high school show which I think is always good for immediate connection. And, there are plenty of seasons of it, so there is no shortage of material.

Katie: SWEET! Oh Kerri, you always know how to come through for a person.

Kerri: I spent one summer watching the ever loving heck out of Buffy, so even though it wasn’t a sick day show, it functioned in the same way.

Katie: What do you think would be the absolute worst show to watch on a sick day?

Kerri: My first thought was anything on the Food Network but it depends on the kind of sickness you’ve got.

Anything with a particularly obnoxious host.

Kerri: Well, you nailed it on all counts there, Katie.

Katie: Now for the final shout-out portion, where we recommend shows for people stricken with long-term and short-term bed-rest.

Show for a long period of bed-rest: Downton Abbey. British drama following rich people and their servants in the 1910’s. Simple to follow but super easy to become addicted to. Long, soapy plot lines and the soothing sounds of British accents.

Kerri: Show for a long period of bed-rest: Friday Night Lights. Drama about a high school football team in small-town Texas. A gentle show with enough soapy and heartfelt elements to keep you watching. There are 5 seasons in total so there are plenty of episodes to keep you entertained but not too many that it will overstay its welcome or, hopefully, your illness.

And on the opposite end of the spectrum, Strike Back. A mostly mindless action show with some heart. Turn the volume down though because there are plenty of explosions.

Show for short-term illness: I’m sticking with my guns and recommending Family Feud because it is exactly what I need on a day off.

But, taking your lead, Katie, I will also recommend catching up on Brooklyn Nine-Nine. A workplace comedy about a police precinct starring Andy Samberg. It is a show about friendship and being on the job but you won’t feel like you are at work while watching it. Twenty episodes have aired as of this writing so you could certainly watch the majority in a day at home.

Katie: And to all you sickies out there, don’t forget to eat your oatmeal and drink your tea.