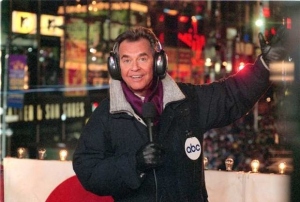 Christmas specials get all the ballyhoo. I do appreciate the modern ‘hipster” Xmas specials; Annie’s sexual infantalization on Community,  for example. But, for the most part Christmas specials are garbage. The holiday made for TV movie is an assault on its viewer. Featuring a sad parade of former starts – Corky from Murphy Brown, Ed from Ed, lower tier Duff sisters, and Dean Cain. Poor George Wendt who has played Santa more times than Michael Sheen has been Tony Blair. I will go so far as to say every Christmas themed movie since Elf has been a hackneyed, maudlin, ornament of blech. I probably chose that timeline as it parallels the death of my own Christmas spirit. I’m sure to some impressionable tween, Jenny McCarthy as Santa’s daughter in Santa Baby, and of course Santa Baby 2: Christmas Maybe fills them with holiday cheer as much as Bert and Ernie’s serenade of Jimmy Stewart and Donna Reed in the rain.

But bad Christmas movies and specials are not the nub of my gist. I look a little further toward the nationally televised New Year’s Eve spectaculars. Much like an air puffed chip bag, these live presentations are hollow, loud, and yet somehow satisfying. Ever since I can remember the usually New York based New Years Eve special was a big deal. There is the thrill of the fact that you get to stay up. Then, there is the odd hodgepodge of entertainment that is spewed out. Of course there is the classic Dick Clark’s New Year’s Rockin’ Eve. I remember a year which had performances by such an eclecticas start on the same night bunch as Maroon 5, Earth Wind and Fire and John Secada etc. I can recall Jay Leno handling duties with correspondence in New York for the ball drop. As a youth for some reason syndicated programming would begin after these shows went off the air. Seemingly the Merv Griffin special was for the west coasters but why was Jack Perkins from A & E’s Biography hosting a show called New Year’s Live at 2am that aired on WDIV – Detroit?!

As close to a grown up as I can get; I still am enamored with these shows. Now with Ryan Seacrest and Carson Daily handling the countdown duties. My mother prefers the bus crash of a countdown that CNN offers with Anderson Cooper (Cooper Anderson according to Ma) and Kathy Griffin. Ma loves Cooper and hates Kathy. Griffin’s goal every year seems to be to kill any journalistic integrity Cooper may have and he just looks helplessly into the camera asking why Wolf Blitzer or even Richard Quest are not designated to go through this ritual? I will say that a couple of year’s back was a glorious day to stay in and suckle this spectacle. With the weather outside being frightful, and my television taking me to the big apple over a ninety minute span in Times Square – the crossroad of the world- I got to see Taylor Swift back when she was merely America’s Sweetheart and not master and ruler of the world. That was followed by the world premiere of NKOT-BSB. Yes, the mash up that was/is the New Kids on the Block coupled with the Backstreet Boys. I wasn’t alive for Elvis’ comeback specials or Muhammad Ali vs George Foreman in Zaire, but that is the vein we are going in here. No longer boys; challenging themselves and their audience for relevance. They gave an aggressive and inspired show that left me impressed and would no doubt have left my sister’s head exploding from her shoulders.

Since the avuncular Merv Griffin left us; the post ball drop New York festivities are now helmed by Black Eyed Peas front woman Fergie. She does the honors wearing shoes that appear to be female pain mechanisms as if Dick Cheney was fashion designer (torn from today’s headlines!). The show is taped months in advanced and either purposefully or by happenstance reeks of Dick Clark’s audience from American Bandstand. Also I like to flip around and see what counter programming other networks have put on. As a youngster I vividly remember being transfixed on hours of the 25,000 Pyramid hosted by John Davidson. My recent favorite is PBS who seed the December 31st  broadcast to private broadcasters and pounce on January 1st for their annual classical music concert from Vienna. PBS last year aired a documentary on breakfast. A quirky haphazard look at diners serving breakfast and the people who eat there. Perhaps ingenious at 2am as they were catering to a hungry and tipsy mob idly flipping after a night of dizzying highs, harrowing lows, and embarrassing hooks ups.

This blog has made me independently wealthy, but to pass the time I took a job in radio. I was saddened to see that our New Year’s extravaganza was just going to be a taped presentation of the Rick Dee’s year end countdown. I finally put my foot down and said that yes, I will not only host the morning show from 6 to 10 but come back at 6pm to do the live radio countdown right until midnight. I sing Auld Lang Syne – the whole deal. But I am a sucker for the New York New Year’s Pageant so I tape it and at the end, follow the lead of most by asking who is going to clean up all the confetti and puke.

Raphael Saray is minor Northern Manitoba celebrity who has managed a five hour conversation with a vegan. He made two co-workers cry at his holiday party. His response was that they were S-A-W-F-T. SAWFT!