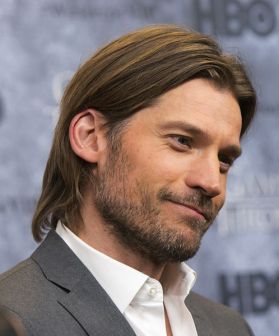 On a recent episode of the amazing NPR podcast, Pop Culture Happy Hour, the crew (specifically Stephen Thompson and Linda Holmes) chatted and proceeded to dump on Game of Thrones as a show that lots of other people love that they can’t get into. They cited the non-stop political talk, the constant discussion of royal lineage, the rapey-ness of the show as well as all of the violence towards kids as reasons that they didn’t continue to watch past a couple of episodes. That got me thinking, “These people are smart and I hate those things too, so why do I like the show so much?”. Here are three reasons:

(A note about spoilers: I tried to write this post without many spoilers because I hate them. Still, any mention of a seemingly minute detail on Game of Thrones is spoiler-esque. I would caution you, if you haven’t seen any of the show, to read at your own peril – especially point #1. Please also note that this post is based solely on the TV version of Game of Thrones, as I haven’t read all of the books. If I’m wrong about something below that is probably why – or I just wasn’t paying close enough attention).

It is rare that I become so engaged, so emotionally involved, in a show that I yell at the TV. I don’t usually jump for joy when something good happens to characters I like let alone scream out when they are in danger. I’ve written about my love for the Jaime Lannister and Brienne of Tarth buddy comedy/potential romantic comedy in the past but this season has ramped up that love so much that audible squeals, shouts, screams, hoorays will involuntarily come out of my mouth while watching their scenes together (see specifically, episode 7, season 3 “The Bear and the Maiden Fair”). I can honestly say that I never want whatever journey they are on to end, it is that good. If the show was just Jaime and Brienne tramping around in the forest, busting up bad guys and having deep, expository conversations in the bath, I would be totally, emphatically, in. In fact, I’d watch them read every page of The Lineages and Histories of the Great Houses of the Seven Kingdoms, if that was in the cards and I feel like I’d be thoroughly entertained.

I once said, to a friend, that if you are a character on a TV show or in a movie and you can do the most heinous things and I will, eventually, after doing enough nice things, forgive you for the bad stuff. That has been the case for me with Jaime Lannister. His budding friendship with Brienne has been the root of, if not the entire reason for, my love for him. It’s not just that Jaime makes a friend (he could have made friends with any number of terrible people) but he makes a friend with someone so downright loveable. No one on Game of Thrones is really a good guy or a bad guy but Brienne comes closest to sticking with a moral code that I can get behind.

I love Jaime and Brienne because they are the classic odd couple. Jaime is this beautiful, powerful, twincestual, rich but very troubled man – early on he’s quite ugly on the inside; Brienne is a massive, strong, somewhat strange-looking woman – emotionally she’s a bit of a blank slate, her most obvious trait is fierce loyalty. They are stuck together at first only by duty and then realize that their bond goes beyond that. Jaime and Brienne represent a story that I love no matter how ever many times it is repeated: people who should never be friends become so much closer than two people with everything in common (see also: Arya Stark and The Hound). In a world where everything (and I mean EVERYTHING) is based on familial lines and royal duty and political alignment, Jaime and Brienne decide that what is most important (at least at the moment) is their duty to each other as friends. And let me be clear, this is a world where people get tortured and raped and killed for reasons so trivial it is beyond my comprehension. This is a world where truly awful things happen to people not just every day but multiple times a day. The fact that Jaime and Brienne could go from hate to a real kind of respect is remarkably satisfying for this viewer. And the fact that the respect is between a man and a woman is not something that happens on TV very often (let alone on a show with very complicated gender issues). The closest comparisons I can think of are Don Draper and Peggy Olsen on Mad Men or perhaps Leslie Knope and Ron Swanson on Parks and Recreation. Although, even in those relationships the man is the superior in a work capacity – not the case with Brienne and Jaime. I like the Brienne/Jaime plot because it isn’t about politics or getting further ahead, it’s about simple humanity and compassion for another human being. When Brienne finally calls Jaime by his first name rather than the derogatory “Kingslayer” the moment, if cheesy, is wonderfully fulfilling.

And this doesn’t even get into the possibility of a romantic relationship blooming between Jaime and Brienne, something that on the surface seems like it might be too neat and tidy, but really would be a fascinating turn for both characters. It would feel much more earned than many of the current romantic relationships on the show (Jon and Ygrette/Robb and Charlie Chaplin’s Grandaughter/Daenerys and that new long-haired, romance novel character, I’m looking at all of you). I would be interested to see how such a relationship would play out, not only because of the physical differences between the two but also because of the issues that will certainly arise for Jaime with Cersei and his father. I’m not sure this is the route the books and show will take but I’m thrilled to see how it will play out. It is probably just as likely that they all die.

I love soap operas. I do. I love when two characters, after a long, emotional courtship finally get together. I love will they or won’t they. I eat it up with a spoon. What I don’t like is the normal soap opera pace that draws everything out for weeks, months, sometimes years. This is the pace of a daytime soap. This is not the pace of Game of Thrones. Things on Game of Thrones are happening and changing constantly. Paying attention is a must. The advantage Game of Thrones has is that its seasons are only ten episodes each. The story is forced to move at a fairly rapid pace and so much has to fit into a single episode. But, my oh my, are there are love triangles, the ugliest and most villain-y of villains, characters that come back from the dead, political intrigue, incest – it is a soap through and through. Each episode is constructed, much like any soap, as a series of scenes rather than a story with thematic elements that tie the scenes together. The seasons have an arc but individual episodes don’t usually have one because of the vast array of characters that you drop in on from episode to episode. Some episodes will include a character that you haven’t seen in the previous episode, etc.

I don’t know much about the fantasy genre. I didn’t really grow up on fantasy novels or films and I can’t really say that I loved those things as a kid. But, I did grow up with soap operas and as much as Game of Thrones is a fantasy, it is just as much, if not more, a soap. If you have ever watched and enjoyed either Days of Our Lives or Passions I would hazard a guess that you will love Game of Thrones.

To appreciate the soapy-ness of the show without actually watching the show you can always watch these incredible recaps (WARNING: Spoilers galore and NSFW).

3. What Game of Thrones means for TV as a whole:

I am not intending to imply that Game of Thrones is the best show on TV. It has significant and often unforgivable flaws. Sometimes the soap elements turn an otherwise interesting character into a romantic hero for no good reason. Or, the show will draw out the story of a character, having very similar events happen again and again, where, perhaps, one of those events would do. Again, I haven’t read all of the books (full disclosure: at the time of this writing I am only around 600 pages into the first one) and I don’t intend to read past the progress of any current season. Apparently EVERYTHING has a purpose. What I can’t see now will surely have an outcome later on. That’s the way story is supposed to work. Things are put in place and set in motion that are bound to have a payoff. My trouble with the Theon storyline this season, for instance, is laughable to friends that know the outcome of that specific plot. Still, I find the torture scenes boring and, well, torturous. Please, let me hate what I hate knowing that I might change my mind later on.

That being said, Game of Thrones is a spectacle. A big show watched by a big audience. More than that, it is an adult show watched by (hopefully) an adult audience. Like Mad Men, Breaking Bad, Homeland and anything by David Simon, Game of Thrones is a show with a distinctly adult vibe. There is lots of sex and lots of violence and very adult themes. I don’t think these things necessarily make for a good show but they do move television further into the realm of filmmaking. We are at a point where TV can do anything that big budget movies can – maybe even more so. I’m not suggesting that Game of Thrones is the first show to ever do or show these things but I can’t think of a show like this, a violent, sexy, fantasy soap (fantasoap?), with such a big audience, not just a cult following. Basic cable be damned, Game of Thrones is getting every inch (pun intended) out of being on HBO. And in some ways what is so interesting about the show is that it’s not being pressured by audience/viewer demand. The story (and therefore the show) doesn’t care who the audience loves or who you have become attached to. That character will certainly die and you will be sad. In some ways I find Game of Thrones fascinating not so much for character (because those characters in the books are probably long dead) or even story but because it is allowed to do the bat-shit insane stuff that it does. And for that reason, even if you don’t like the show, it deserves some respect.